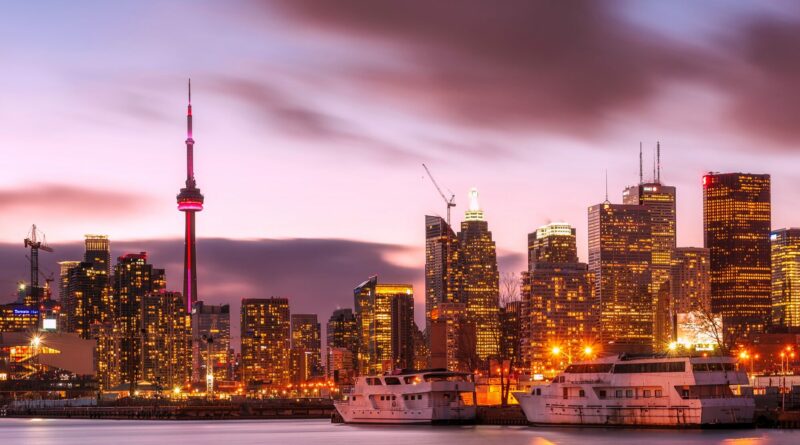 “Should you buy a house or continue to rent?” The current real estate prices and rentals present a daunting conundrum to anyone looking to buy a home.  If you are one of those who is contemplating this decision- you are lucky enough to be able to afford one. As per an article, only top 10% income group can afford to buy houses for sale in Toronto at a benchmark price of $873,100 with only top 2.5% being able to afford one in Vancouver with the city’s benchmark at $1,441,000. The hard reality for a majority of single professionals is that buying a home in GTA is beyond their budget. For the high income earning working couples though, it is more of a decision to build one’s own equity in a home rather than perpetually funding the landlord’s EMI’s. Let us take a closer look at the crucial fundamentals of the real estate market in Canada- more specifically GTA. Something as simple as demand vs. supply.

Some of the factors impacting demand

Professional immigrants: From a demand perspective, the current prices are crucially propped up by the persistently increasing rental yields due to an influx of professionally educated immigrants. Since most of the immigrants under Express Entry program are white collar professionals- they prefer to rent out in Toronto and GTA rather than dispersing across different geographic regions. Such was not the case when a lot of immigrants were unskilled and could find productive employment in other regions as well. Investors loved the sudden spurt in rental yield and highly leveraged themselves to buy real estate assets, supported by a low interest rate environment. The price appreciation was stratospheric given that prices in some areas almost doubled within a short span of 3-4 years!

Global capital: Stupendous gains for initial investors defied the classical risk-return equation leading to a global rush to invest in Canada- including some dubious routes. Those who have closely studied the boom in China would know that a lot of people became millionaires in a short span of time by simply investing in real estate. As the Chinese economy chugged 10% GDP growth for two decades, a lot of real estate owners quickly became wealthy. A lot of these multi-millionaires decided to repeat their investment philosophy by acquiring properties in Canada to capture exceptional returns. There is a survey that states that 1 out of every 10 sales in a new project in Canada is to a Chinese buyer. Not all of the money pouring into Canadian real estate was legitimate. A study by Transparency International found that the ownership of almost half of 100 most expensive homes in Greater Vancouver, amounting to CAD $1 billion, is effectively untraceable. Individuals use shell companies, trusts and nominees to mask their beneficial interest in the luxury property market. This article notes that at least 10% of the new condos built in Toronto between 2016 and 2017 are owned by non-residents. Here is an interesting bit for you- the highest non-resident ownership in Ontario is close to the American border in areas like St.Catherines- Niagara, Kingston and Windsor.

Regulatory policies: Deeply concerned about an impending real estate bubble, the Canadian Government responded with two key measures: levying a 15% speculation tax on non-resident buyers (in 2017) and mandating additional stress tests by lending institutions  (in 2018) before sanctioning a home loan. Stress tests alone disqualified 10% of the Canadian residents from buying a home. These two disincentives were largely responsible for cooling down the market substantially.

To stimulate demand, Federal Government has now announced a First Time Home Buyers Incentive (FTHBI) plan in March 2019. FTHBI provides an interest free loan of 5% toward the purchase of a resale home and either 5% or 10% towards the purchase of a new construction home. The incentive effectively enables the first time home buyers to reduce their monthly mortgage payment without increasing their down payment. To know more about the program you may read Everything you need to know about the First Time Home Buyers Incentive Program.

According to ratehub.ca 5 year mortgage rates have fallen to their lowest level in two years. Most rates are below 3%. It should be noted that lenders finance fixed rate mortgage loans based on rates they get in the bond market while variable rate loans are linked to the Bank of Canada’s benchmark rate- which is in fact quite high at 1.75%.

Settlement pattern: The typical settlement pattern for immigrants is that they initially occupy rental units like apartments and condos. Once they have a kid they prefer to settle down in the suburbs in large independent houses, townhouses etc. In short, most of the demand eventually moves to standalone units while the condos market is propped up by the immediate rental needs of immigrants.

The question now becomes- what factors can we study in order to predict the future movement of rates?

Rental Yields: The current rentals in Toronto are already so high that even well paid professionals are finding it difficult to survive. Although new immigrants would continue to make Toronto their home, at least till the year 2022 under the current immigration program, a substantial increase in rental yields is somewhat questionable. Salaries are not rising due to an over-abundance of immigrant talent.  Gainful employment among the new immigrants is becoming such an onerous task that quite a few of them are deciding to head back to their origin countries. Unlike unskilled immigration, skilled immigrants are well educated and doing well in their home countries and hence they are more elastic in their choices of forgoing their opportunity to settle in Canada.
Faced with the burden of integrating so many immigrants, the political discourse is already shifting towards a less immigration friendly environment. If the conservatives wield power come October, there might be a substantial change in the intake of immigrants post 2022. The market will obviously start correcting much earlier in anticipation of such a move.
North American economy: Canadian and US economy are purported to be at a late expansion stage and even a small period of recession may lead to a substantial correction of the real estate market. Homes above 1 million will be the first one to bear the brunt. The market just needs a sentiment and if the majority believes that prices are going to fall, the prices will start falling as buyers will postpone their decision.
Supply of housing:  I have had a hard time figuring out the supply of new housing in GTA. My understanding is that projects take a lot of time to be mobilised due to various regulatory compliance’s and permissions. There are numerous debates/discussions on allowing construction in some green areas to spruce up the supply. What this means is that there is a lag with which supply can catch up with demand and hence existing units can enjoy a price premium till then. With reduced affordability due to high interest rates and stress tests- small size condominiums have become a hot favorite leading to a higher relative appreciation in their prices.
Talent arbitrage: The kind of talent pouring into Toronto since Express Entry started is really amazing. It is my earnest view that it might take upto a decade to see a substantial impact but there is bound to be one. We are attracting some of the best techies from all over the world and some of the best management professionals and the likes. A friend of mine, who chose to immigrate to Toronto after working in London, told me that people with his skill set are easily earning 4-5 times the salary in Silicon Valley compared to what he is able to draw in Toronto. US tech giants have already noticed this ‘talent arbitrage’ and it is just a matter of time when they set up their offices here to capture arbitrage profits. Current incentives by the US government like the accelerated depreciation and lower corporate tax are holding out this move to a large extent.
Getting H1 B visa for employees is becoming increasingly hard to come by in USA. Even the well settled professionals are starting prefer the certainty of Canadian citizenship rather than decades of incessant wait for a US Greencard. A large part of this thesis is dependent upon what immigration reforms the US undertakes. For long there have been talks about putting in place a similar immigration system like Canada, and that might play a spoilsport to Canadian plans of becoming a hub for talent. If Canada plays its cards right and the economy supports them- Toronto may eventually become the next Silicon Valley. What that would entail for the real estate market can be anybody’s guess!

So- should you buy a home?

This is literally a million dollar question and with an interplay of complex and difficult to quantify factors- probably your guess is gonna be as good as mine. My sincere belief is that Government of Canada controls both the demand and supply of housing tightly through use of various tools like immigration policies, interest rates, stress tests, speculation tax, construction permits etc. Most banks are overtly exposed to real estate loans and the economy is generously propped up by it. Everybody knows that real estate here is a bubble and a small correction has been evident in some areas. The Government will use tools at its disposal to make sure there is no collapse of the market as such- take the FTHBI incentive as an example. Having said that there is only so much that a Government can do. If there were a recession in the North American market, the tools may fall far short of what may be needed to prevent a crash.

However, given how high rentals are in Toronto with only a small gap between the monthly rental and EMI- end users would still want to buy. Perhaps the investors would not. I personally see more value in buying independent homes rather than condos as the supply of such homes close to Toronto is somewhat limited. As a result, they might wield a larger premium in the long run. But then again, if the market were to correct substantially and given that such units are more expensive- you would lose a lot more of your equity compared to buying a 400k condo. If immigration were to slow down due to policy decisions, prices of condos might fall more due to an immediate pressure on rentals. It again leads us to what I said earlier- your guess is gonna be as good as mine. But for starters- lets watch the upcoming elections closely!!

Ravi is a former entrepreneur and recently moved with his family to Toronto as Permanent Residents. He acts as a volunteer with the City of Toronto and is passionate about motivating and coaching newcomers. Please note that this website does not provide any legal advice and is for information purposes only published in good faith. 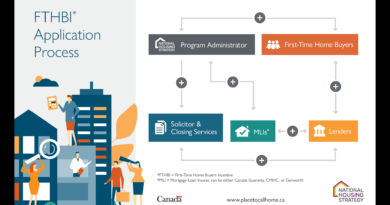 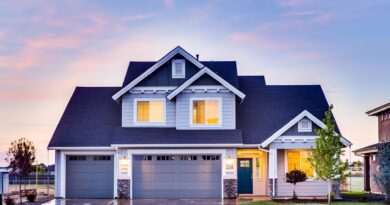 How to find a place to stay?